Because alprazolam functions as a positive allosteric modulator (PAM) of GABA-A receptors, it allows endogenous GABA to bind with increased frequency to agonize receptors – which increases CNS inhibition.

Included below are studies and reports that discuss the impact of alprazolam in the treatment of tinnitus. 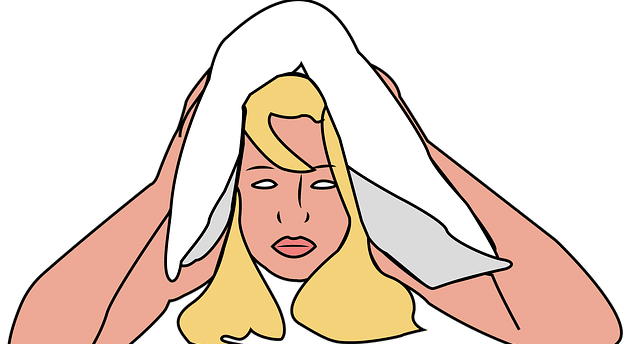 Jufas & Wood (2015): Alprazolam has equivocal evidence (in the treatment of tinnitus) and a significant side effect profile; strong consideration of another benzodiazepine or class of drug is recommended. (R)

Jalali et al. (2009): Alprazolam did NOT improve THI (tinnitus handicap inventory) score or sensation level of loudness significantly, but it did have a desirable effect on VAS (visual analog scale). (R)

What can we learn here? Alprazolam (1.5 mg/day) didn’t have a significant effect on THI or tinnitus loudness – but did significantly improve VAS score relative to the placebo. VAS improvement indicates that alprazolam may provide benefit (even if indirect) among persons with chronic tinnitus.

Vernon & Meikle (2003): “For patients whose tinnitus cannot be masked, oral administration of alprazolam may be an effective alternative, which should be done with knowledge and cooperation of the patient’s primary care physician.” (R)

Huynh & Fields (1995): “There is insufficient evidence to support the use of alprazolam in the treatment of tinnitus.” (R)

Note: This was a relatively pointless paper because it told most what they already knew at the time: there’s insufficient evidence to support using alprazolam for tinnitus. Instead it would’ve been smarter to conduct the research that was proposed.

Johnson et al. (1993): “Alprazolam is a drug that will provide therapeutic relief for some patients with tinnitus. Regulation of the prescribed dosage of alprazolam is important since individuals differ considerably in sensitivity to this medication.” (R)

This study supports the idea that alprazolam (0.25-0.5 mg) is beneficial in reducing perceived loudness of tinnitus in a subset of chronic tinnitus sufferers.

Authors state that alprazolam should be used as an option when patients fail to benefit from: tinnitus masking; hearing aids; or other therapy.

Authors state that alprazolam should NOT be used for longer than 4-month intervals. After each 4-month interval, it should be gradually discontinued for at least 1 month before reinitiating treatment.

Interestingly, for some patients, tinnitus remains low for several weeks after alprazolam discontinuation before returning to its original level (this may be due to some sort of lingering neurochemical alteration/entrainment following alprazolam cessation).

Alprazolam as an adjunct for tinnitus (studies)… 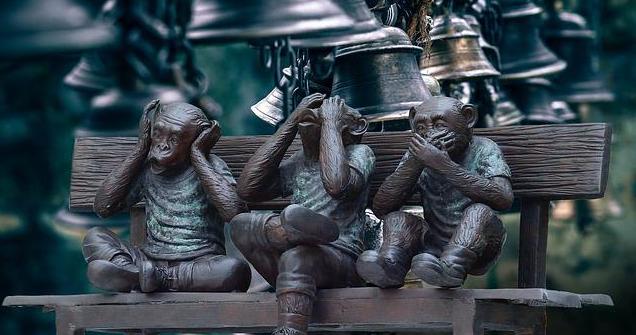 Saberi et al. (2021): Combination of fluoxetine plus alprazolam was NOT significantly more effective than standalone fluoxetine in the treatment of chronic tinnitus. (R)

Standalone fluoxetine was as effective as fluoxetine plus alprazolam on tinnitus handicap index (THI) and other measures like VAS and BDI (depression).

Because many patients derive benefit from SSRIs for the treatment of psychological issues associated with tinnitus – it wasn’t a surprise that fluoxetine provided benefit.

Combination of fluoxetine plus alprazolam also provided equal benefit and reduced anxiety (a common problem for tinnitus sufferers) instead of increasing it (like standalone fluoxetine).

Lastly, since researchers did not independently evaluate alprazolam – it remains unclear as to how standalone alprazolam would compare to standalone fluoxetine for tinnitus management.

Shim et al. (2011): The results of the present study indicate that intratympanic dexamethasone (ITD) injection plus alprazolam (0.25 mg/day for 3 months) is the best treatment choice for subjective idiopathic tinnitus (SIT) within 3 months of development.

ITD injection (5 mg) plus alprazolam (0.25 mg/day for 3 months) is an effective intervention for patients with recent-onset (within 3 months) subjective idiopathic tinnitus.

That said, it remains unclear as to whether alprazolam provided any legitimate benefit – considering there was no placebo control.  Perhaps the significant benefit was explained mostly by ITD.

In the third group, perhaps the prostaglandin E1 injections offset or interfered with ITD to some extent – which is why improvement wasn’t as significant.

Results of this study should be interpreted with caution given limitations of short-term follow-up period (within 3 months) and relatively small group size.

There’s no evidence from this study to support the idea that alprazolam provides significant benefit in acute SIT.

Does the scientific literature support the use of alprazolam for tinnitus? 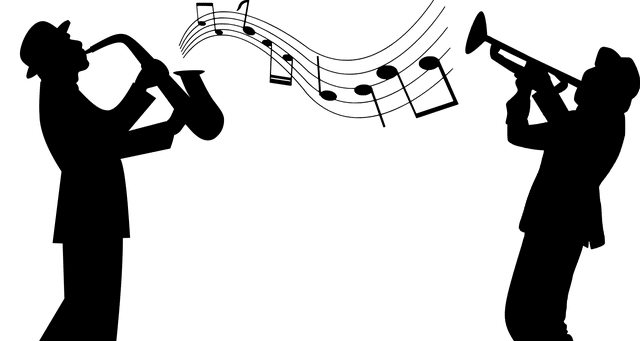 Alprazolam may: (1) reduce the perceived loudness of tinnitus and/or (2) treat secondary symptoms to tinnitus (e.g. anxiety, psychological distress, irritability) – such that it makes tinnitus easier to cope with for certain individuals.

Every trial/report in which alprazolam was evaluated as a standalone treatment for tinnitus noted that it generally provided some degree of benefit – even if indirect.

Nevertheless, as was mentioned, preliminary data suggest that alprazolam provides some benefit to many tinnitus patients – even if indirect (e.g. reduction in tinnitus-induced anxiety).

And although (according to Vernon & Meikle) alprazolam is clinically effective for a large number of patients with tinnitus – not all patients find it beneficial.

A small percentage of patients experience a worsening of tinnitus from alprazolam – and others report zero change in tinnitus.

Alprazolam might also be useful as an adjunct treatment for tinnitus:

As of current, there is zero robust evidence to support the clinical recommendation of alprazolam as a treatment for tinnitus.

However, it’s important to acknowledge that there are ZERO medications approved by the FDA for the treatment of tinnitus – and some patients will require pharmacological intervention to cope with tinnitus (e.g. modulate tinnitus perception and/or manage the psychological impact of tinnitus).

Therefore, assuming alprazolam is properly and cautiously utilized under the supervision/guidance of a medical doctor – it could be a safe and effective intervention for a subset of tinnitus patients.

A paper by Kim et al. (2021) acknowledged that alprazolam is an off-label treatment for tinnitus (among many others). (R)

What is the proposed alprazolam dose regimen for tinnitus? (Vernon & Meikle)

Patients differ significantly regarding the dose that is effective for reducing tinnitus. 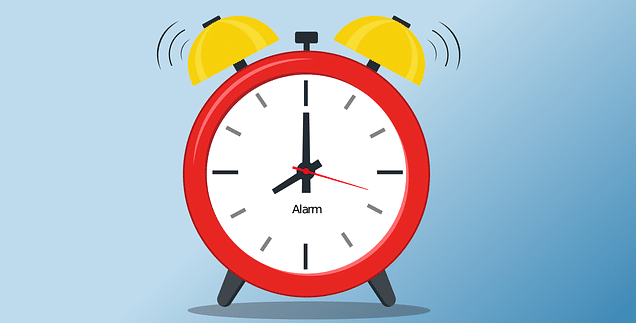 For this reason, it is recommended to initiate treatment with a “gradually increasing dose” regimen and with medical supervision.

0.5 mg alprazolam each evening before bedtime.

This dose is generally insufficient to relieve tinnitus, but allows patients to adapt to the drowsiness that occurs when alprazolam is first started.

(All patients should be warned about the drowsiness and should take precautions such as avoiding driving/heavy machinery, etc.).

This dose should be continued until the drowsiness subsides.

If dose reduces tinnitus sufficiently – it is continued indefinitely under physician supervision.

If patients derive insufficient tinnitus relief from 0.5 mg alprazolam thrice daily (total dose of 1.5 mg) – then the drug should be discontinued with a gradual tapering schedule.

(Sometimes even slower discontinuation is needed to avoid withdrawal symptoms.)

Ideal use of alprazolam in tinnitus management

Patients receiving alprazolam for tinnitus should be screened to ensure that the medication is safe in accordance with: medical status, medical history, usage of other medications, and existing medical conditions.

Alprazolam should be gradually titrated on and off the drug to avoid serious adverse reactions and prevent severe withdrawal syndrome.

Patients should use the lowest effective dose of alprazolam for the management of tinnitus to reduce the severities of side effects and to make withdrawal easier.

Some medical doctors recommend consistent twice daily dosing of alprazolam to build up tolerance to its initial drowsiness effect (such that the drowsiness subsides and danger of operating heavy machinery is minimized).

However, this isn’t always optimal due to tolerance onset (usually after weeks).

“As needed” usage (assuming not frequent) may prevent alprazolam tolerance while maintaining its efficacy.

Adjunct to other strategies

(Relying solely on alprazolam for tinnitus relief may be a mistake).

Some individuals may find alprazolam useful when they initially develop tinnitus as a bridge to habituation.

In other words, alprazolam is used to calm the fight-or-flight response, reduce anxiety, and improve sleep – along with other interventions such that “habituation” is eventually achieved and sustained after alprazolam cessation.

Risks of using alprazolam for tinnitus

Anyone using alprazolam for the management of tinnitus should be cautioned about the potential risks before treatment. 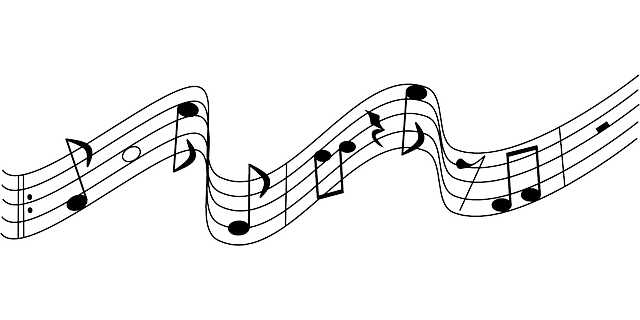 Additionally, medical doctors should supervise/check in on patients to ensure: (1) tolerability; (2) efficacy; (3) dosing/administration compliance; (4) no interactions/contraindications (with other medications and medical conditions).

Below are various anecdotes paraphrased from individuals who reported deriving some benefit from alprazolam in the management of tinnitus.

Keep in mind that there are many more anecdotes regarding alprazolam use for tinnitus than documented below – I merely picked some at random to document.

Alprazolam did NOT help tinnitus (anecdotes)

Can alprazolam cause tinnitus or worsen preexisting tinnitus?

It’s possible that some individuals develop tinnitus or experience an increase in tinnitus from alprazolam due to:

Alprazolam may also cause tinnitus onset or increase during alprazolam withdrawal.

In some cases, the tinnitus in withdrawal will be “somatic” (resulting from anxiety and/or tension) whereas in other cases the tinnitus may be due to rebound excitatory neurotransmission and stress hormones (possibly causing excitotoxicity, inflammation, oxidative stress, etc.).

Have you experienced tinnitus relief from alprazolam?

If you had tinnitus and/or hearing loss prior to taking alprazolam – have you found alprazolam helpful in reducing: perceived tinnitus loudness and/or anxiety-associated with tinnitus?

My thoughts on alprazolam as a tinnitus treatment…

Overall I think that alprazolam can be a safe and effective intervention for some individuals with tinnitus if used cautiously with guidance from a medical doctor or psychiatrist.

If I were using alprazolam for tinnitus, I’d want to work with a psychiatrist simply because they’re usually better trained in managing titration (on/off) of benzodiazepines and are more knowledgeable about effective dosing strategies.

I’d probably also attempt to use alprazolam on an “as needed” basis due to the potential for rapid tolerance onset and subsequent reduced efficacy.