That said, technically the drug is not new – it was initially approved in 2017 under the brand name Ozempic as an adjunct treatment for type 2 diabetes.

Wegovy (Semaglutide) is administered by injection (2.4 mg) once per week for weight management in: (1) adults with obesity; OR (2) overweight adults with at least one weight-related comorbitity (e.g. high blood pressure; type 2 diabetes; high cholesterol; high triglycerides). 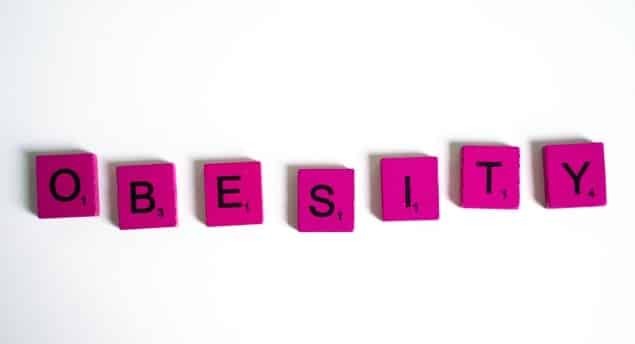 Since its approval, an onslaught of “front page” news articles have been published to hype this drug up.

This is a result of numerous motivations (not limited to):

A safe and effective treatment for obesity/being overweight is much-needed in many first-world countries where the biggest problem has become overeating – as opposed to (formerly) a lack of food.

If you’re interested in Wegovy (Semaglutide), it may be useful to read more and understand its mechanism of action (i.e. how it works); side effects; long-term effects; and more. 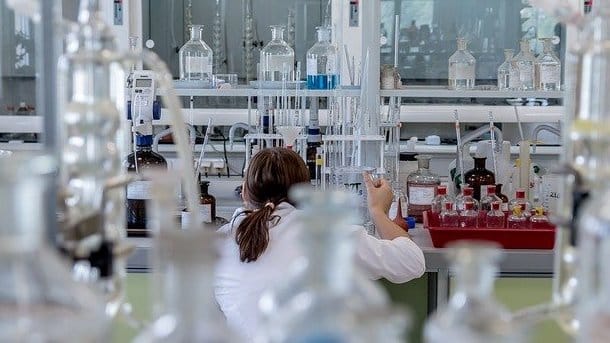 Semaglutide Mechanism of Action (How It Works) 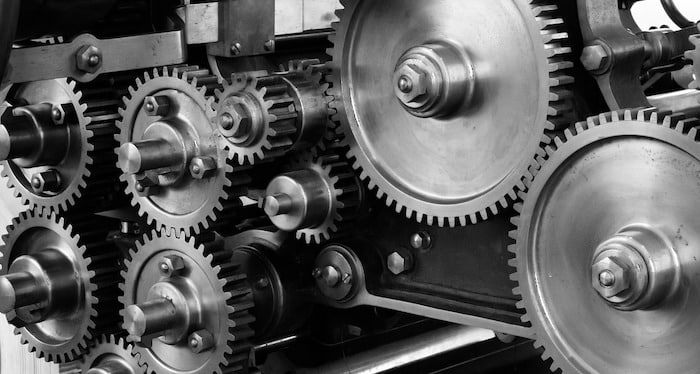 “The body weight‐lowering effects of once‐weekly s.c. semaglutide 2.4 mg are likely to be related to reduced energy intake in response to effects on hedonic and homeostatic control of eating, manifesting as decreased appetite, increased satiety, reduced hunger, better control of eating and reduced food cravings.”

How long does Semaglutide stay in your system?

Semaglutide stays in your system approximately 38.5 days after injection.

In other words, you should expect Semaglutide to remain circulating throughout your body for over a month after discontinuation.

The top side effects of Semaglutide seem to be (listed in order of prevalence): nausea; diarrhea; vomiting; constipation; and abdominal pain.

Less common (less than 5% of users)

Note: Davies et al. (2021) reports that gastrointestinal disorders are the most common adverse events of Semaglutide – and these events are typically transient and of mild-to-moderate severity. (R)

Semaglutide can cause serious adverse events/reactions in a subset of users.

If you’re considering Semaglutide OR are currently taking Semaglutide for a medical condition – it’s important to review these potential adverse reactions (so that you’re aware).

(This should be obvious – but: seek emergency medical attention if you’re experiencing any adverse reaction from Semaglutide).

Pancreatitis: Inflammation of the pancreas can occur – it was documented as having occurred in Semaglutide clinical trials. (Signs: upper abdominal pain, nausea, vomiting).

Kidney problems: Acute kidney injury may be caused by Semaglutide – particularly in persons with preexisting kidney dysfunction.  Why? Diarrhea, nausea, vomiting (common side effects) can lead to dehydration – which could exacerbate preexisting kidney impairment and cause further damage.  (Monitoring kidney function is recommended in at-risk patients).

How much weight will you lose with Semaglutide?

It depends.  Most studies report average weight reductions of 9-15% as a result of long-term, once-weekly Semaglutide (2.4 mg) administration. 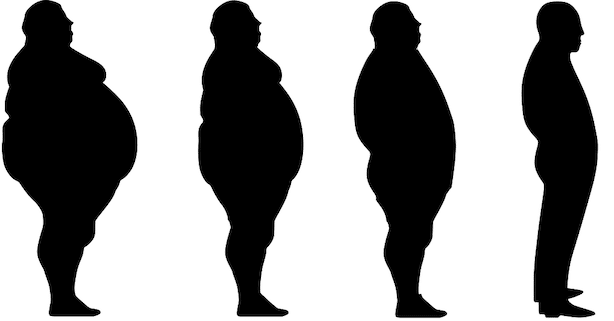 A double-blind trial by Wilding et al. (2021) that included a combination of 1961 obese (BMI > 30) and overweight participants with preexisting condition (BMI >27 + one weight-related comorbidity) reported mean change in body weight of -14.9% after 68 weeks of 2.4 mg Semaglutide administration.  (This compared to body weight change of -2.4% in the placebo group). (R)

Davies et al. (2021) analyzed results of a randomized, placebo-controlled, double-blind, double-dummy trial that included 1210 overweight adults (BMI > 27) with weight-related conditions – and found that 2.4 mg Semaglutide administered once weekly for 68 weeks induced a mean weight loss of -9.6% from baseline (relative to -3.4% with placebo). (R)

A double-blind RCT by Rubino et al. (2021) with 741 overweight/obese adults documented the effect Semaglutide (2.4 mg/week) administered over a 68-week term.  Weight loss among Semaglutide recipients was -7.9% (relative to placebo +6.9%). (R)

In sum, the amount of weight you’ll lose with Semaglutide likely depends upon:

Assuming you aren’t using any drugs that might offset the weight loss effect of Semaglutide (e.g. antidepressants; corticosteroids; antipsychotics) and don’t have any health conditions that cause weight gain (e.g. hypothyroidism) – you should lose weight as suggested by Semaglutide trials.

Weight loss may be most noticeable in persons who combine Semaglutide with negative energy balance (i.e. energy expenditure exceeds energy intake) such as from implementing dietary changes and/or exercising regularly.

Should you use Semaglutide for weight loss? 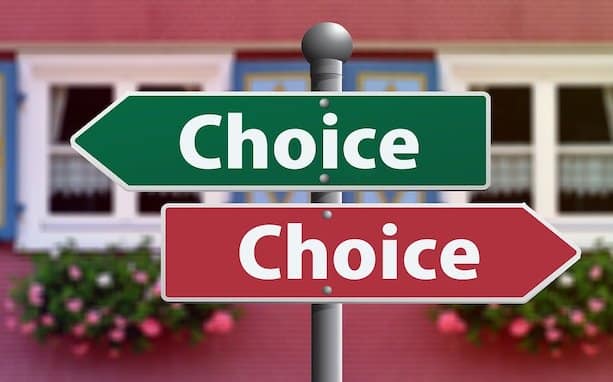 Nobody can tell you whether this is an ideal drug for your particular circumstances other than a medical doctor.

Keep in mind that there are other weight loss strategies (e.g. surgeries; non-invasive fat freezing; diet/exercise; etc.) that might prove more useful than Semaglutide.

Also know that there are other weight loss medications – some of which may be easier for you to tolerate and/or have a safer long-term effect profile.

Can you use Semaglutide while pregnant?

According to packaging information, Semaglutide may cause fetal harm and should NOT be taken during pregnancy.

It is also noted that Semaglutide should be stopped at least 2 months before a planned pregnancy as a result of its long half-life (~1 week) and elimination time (over a month).

Does Semaglutide cause withdrawal symptoms?

Unknown at this time.  There are zero available data to substantiate the idea of withdrawal symptoms resulting from Semaglutide discontinuation.

Why? Semaglutide has a pronounced biological effect.  Any drug taken long-term to modulate various receptors in one’s body could have “rebound effects” and/or withdrawal syndromes associated with discontinuation.

Keep in mind that things like regaining weight and poorer glycemic control might be more related to reversion back to pre-Semaglutide homeostasis rather than indicative of actual “withdrawal.”

A true withdrawal would likely be evidenced by symptoms that: (1) were NOT present prior to Semaglutide usage; and/or (2) symptoms that emerged after Semaglutide was fully eliminated (~1 month after cessation).

Unexpected “rebound effects” such as gaining weight more rapidly than ever before or experiencing worse glycemic control than prior to taking Semaglutide may be evidence of a “withdrawal” wherein the body needs to recalibrate to functioning without the drug after being under its influence for an extended duration.

What are the long-term effects of Semaglutide?

Nobody really knows.  If you consider 68 weeks (over a year) to be “long-term” then we know Semaglutide causes normal mild-to-moderate side effects – but nothing serious in most people.

Had it caused “serious” side effects in a significant number of users, the U.S. FDA (along with foreign regulators in Europe, Japan, and Canada) would NOT have unanimously approved the medication for diabetes, obesity, weight-related conditions.

There is some concern that Semaglutide might increase one’s risk of developing C-cell thyroid tumors/cancer.  (This is probably the most serious potential long-term effect, but hasn’t been documented in humans).

Should cancer rates dramatically increase among long-term Semaglutide users – it’s likely that the drug will be permanently shelved (withdrawn from markets) while lawyers rake in big profits from class-action lawsuits against the manufacturers.

How does Semaglutide compare to other FDA-approved weight loss drugs?

The major advantage of Semaglutide relative to other weight loss medications is that it can be injected once-weekly.  Most other weight loss drugs require daily administration which is inconvenient and could result in lower rates of compliance.

It also seems to be more effective than other weight loss drugs.

“No other drug has come close to producing this level of weight loss – this really is a game changer.”

That said, there haven’t been large-scale studies directly comparing weight loss agents (e.g. Semaglutide vs. others) – so it’s difficult to know how Semaglutide compares in: (A) tolerability and (B) magnitude of effect (i.e. amount of weight loss relative to time taken).

Furthermore, I’m of the mindset that older drugs are usually smarter to try before newer drugs due to: (1) more long-term safety data; (2) lower cost (usually generic); (3) overhyping of new drugs (often making them seem better than they are).

Talk to your doctor if you want a more thorough breakdown of these medications and need help deciding which one is ideal for your current situation (i.e. health status).

Does Semaglutide cause weight loss by inducing nausea or vomiting?

Obviously if a drug causes frequent nausea and/or vomiting – weight loss will probably occur.  Why? Most people don’t particularly enjoy eating when they’re nauseous and/or vomiting all the time.

Can you build up tolerance to Semaglutide?

Unknown.  It’s unclear as to whether long-term Semaglutide users build-up tolerance to the drug such that, after a certain duration of usage, weight regain occurs.

Weight regain after long-term Semaglutide usage would likely be a sign of tolerance due to the fact that one’s physiology likely adapted to the drug and recalibrated itself in response to chronic dosing.

Weight maintenance isn’t necessarily a sign of tolerance, but there’s likely diminishing returns over time.  For example, if you lose 15% of your bodyweight after 1.5 years of Semaglutide – it’s possible that you’ll experience zero additional loss with continued usage.

You may simply need to continue taking Semaglutide indefinitely (i.e. for life) in order to maintain the lower weight that it helped you achieve.

Can Semaglutide improve other aspects of health?

In some cases, even cognitive impairment, anxiety, and depression improve with weight loss (due to a combination of psychological and neurochemical/hormone changes).

Depends on the magnitude of obesity/overweightedness.

If severely obese or morbidly obese – then yes I wouldn’t hesitate to take Wegovy (Semaglutide).

Why? Risk of dying soon is so significant that long-term effects are irrelevant. 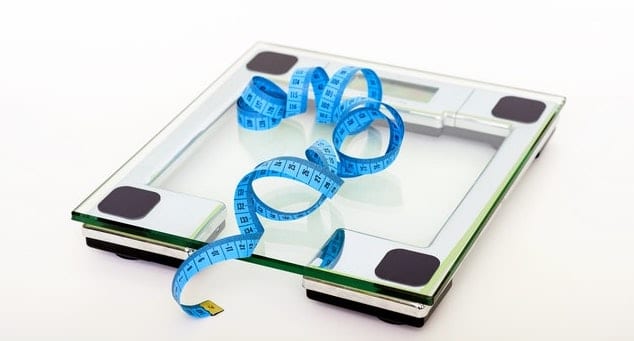 However, if mildly obese or just overweight – I’d avoid it.

Why? My concerns are multi-fold:

If I’d tried everything else (high protein/high fiber diet; calorie reduction; other weight loss drugs; weight loss surgeries; exercise regimens; etc.) and still got zero results – only then would I use Wegovy (Semaglutide).

If you’re not really concerned about the future and are more living for the moment (i.e. morbidly obese and need to lose weight now) – then Wegovy (Semaglutide) may be a good choice for you.

In any regard, I’m not a doctor and will NOT attempt to convince you what you should do with your life.

The above are only my opinions – nothing in this article is medical advice. Moreover, I may change my opinions over time with newer/updated information.