Does Creatine Cause Hair Loss?

At this time there’s no strong evidence to suggest that creatine causes hair loss, balding, or hairline recession.  That said, it is important to underscore the fact that zero studies have been conducted with intent to specifically determine whether creatine might cause hair loss. 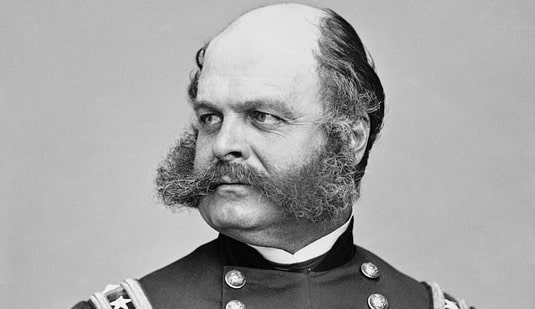 it’s from the creatine bro (P.S. not bald)

If stronger evidence is presented indicating that creatine might cause hair loss – I’ll update this article.

What can we conclude from this study?

The only thing we can conclude from the 2009 study by van der Merwe et al. is that creatine monohydrate supplementation may significantly increase DHT (dihydrotestosterone) during a 7-day (25 g/day) loading phase by ~56% (+0.44 ng/mL) and during a 14-day maintenance phase by ~40% (+0.12 ng/mL) in male collegiate athletes.

Was this study an anomaly?

Unknown. There aren’t any other studies that’ve specifically evaluated the effect of creatine supplementation on DHT levels.  There are also many limitations associated with the study including its small sample size, homogenous sample (young adults, males, athletes), and short duration.

Homogenous sample: Because only college-aged male athletes were involved in this study – it’s unknown how the results would’ve been with other age groups (pediatrics, middle-aged, elderly), non-athletes, and women.

Short duration: Because the study was conducted over a short-term (3 weeks), it’s unclear as to whether the DHT elevations would’ve been sustained with longer-term creatine supplementation.

Small sample: Because the study had a small sample size (20 athletes), it’s possible that the study was underpowered – such that finding of elevated DHT may not have been attributable to creatine supplementation.

What causes hair loss? (How it occurs)

In men, the most common cause of hair loss (on the head) is elevated concentrations of the androgen DHT (dihydrotestosterone).

DHT is a byproduct of testosterone that is produced via the 5α-Reductase enzyme.

The 5α-Reductase enzyme converts a percentage of testosterone to DHT in bodily tissues such as the skin, liver, prostate – and hair follicles.

Persons who are prone to hair loss exhibit elevations in DHT wherein the elevated DHT binds to hair follicle receptors.

The binding of DHT to hair follicle receptors causes the follicles to shrink in size (via a process called “miniaturization”), weaken, and ultimately – die.

In other words, interactions between DHT and DHT-sensitive hair follicles provokes hair loss.  For this reason, hair loss is commonly treated with agents that reduce concentrations of DHT and/or inhibit the 5α-Reductase enzyme.

If creatine causes hair loss – what are the hypothesized mechanisms?

If creatine supplementation is eventually discovered to directly cause hair loss – below are potential mechanisms by which creatine-mediated hair loss might occur. (Keep in mind that these mechanisms are hypothetical – as it is unclear whether creatine induces hair loss).

Note #1: Even if creatine increases free testosterone and/or modulates 5α-Reductase – this does not mean all creatine users are guaranteed hair loss.  Some individuals may be more sensitive to creatine-induced DHT/5α-Reductase changes compared to others. The dose might also influence the magnitude of its effect.

Note #2:  Creatine might also have zero effect on DHT, testosterone and 5α-Reductase to cause hair loss – further studies are warranted.

Recommendations for future research of creatine and hair loss

(If creatine increases DHT – then this might induce balding in persons with a follicular sensitivity relative to those with higher magnitudes of follicular insensitivity). (R1, R2)

Assuming creatine dose-dependently influences DHT levels – hair loss may might be more likely to result only from higher doses.  Since most people use 5 g/day – this would be the optimal dose to evaluate in future research.

3. Regularity & duration: Regular (i.e. daily) administration of creatine at a sufficient dose (5 g/day) for a long-term may influence hair growth differently than infrequent administration and/or short-term use.

Note: Factors like age, sex, and concurrently-used substances may also influence one’s likelihood of losing hair as a result of taking creatine.

Did I lose my hair from creatine?

In the past, for 2 to 3 years, I supplemented with creatine monohydrate at a dose of 5 grams per day.

My initial reason for supplementing with creatine monohydrate was to assess whether it enhanced my cognitive performance. (Read more: Creatine & Cognitive Enhancement).

During the 2-to-3-year period of daily creatine monohydrate supplementation, it seemed to me (subjectively) that creatine improved aspects of my cognition.

Because also I lifted weights 4 to 5 times per week and knew that creatine monohydrate enhanced lifting performance – I saw no reason to discontinue.

After 2-to-3 years of daily creatine supplementation (5 grams), I noticed some very modest hairline recession near the crown of my head.

Because there are many potential confounding variables that could’ve influenced this hairline recession such as: genes (most impactful); aging; stress; hair washing regimen; etc. – I cannot be sure whether the creatine was to blame.

Moreover, since I never measured my DHT levels checked at baseline (prior to creatine supplementation) and at various checkpoints throughout the 2 to 3 years of supplementation, I cannot be sure that creatine was causally implicated in my noted hair changes.

Although creatine may have contributed to a slight recession of my hairline – there’s no way for me to test this possibility.

It’s also important to counter my anecdote of mild hairline recession (while using creatine) with anecdotes from other creatine users who’ve never noticed any hair loss with long-term (years) of daily supplementation.

What if you’re concerned about hair loss from creatine monohydrate?

1. Avoid it: Creatine is a nonessential nutrient that you don’t need to survive. If you eat meat, you’re getting some creatine from your diet already. Unless you’re engaged in physically-demanding training, you probably don’t need creatine.

2. Self-experimentation: If you want to use creatine, but are concerned about hair loss, you could conduct a little self-experiment.

If your DHT levels significantly increase with creatine supplementation – and you’re concerned about DHT-induced hair loss – you may want to discontinue creatine.

Note: If you do a self-experiment with measuring DHT and/or hair measurements – I’d be very interested in hearing the results.

If you suspect that creatine supplementation might cause hair loss over the long-term (e.g. hair loss runs in the family) – and you’re afraid of this – don’t use creatine.

Most people can get through life just fine without creatine supplementation.

If you stand to benefit significantly from creatine supplementation (such as in athletics; strength and power; gym workouts; or cognitive performance – particularly if you’re vegan eating a diet devoid of creatine) – know that there’s zero high-level evidence suggesting that creatine causes hair loss.

Even if creatine does somehow cause hair loss – it may not be severe and/or may only occur after a long-term of regular use and/or in genetically-susceptible individuals.

Moreover, the benefit of substantial performance enhancement associated with creatine may outweigh any hair loss that it induces.

In conclusion, creatine monohydrate has a favorable safety profile and no current evidence suggests that it causes hair loss.

Next post: Ethambutol Toxicity: Beware of Ocular Side Effects