People really snort protein powder? Probably not often, but there are discussions about it on the internet.

Most people who have snorted it probably did it as a “one-time” thing just for a unique experience – whereas others may have done it as an attempt to gain notoriety, attention, or “clout” on social media.

In most cases, snorting protein powder (assuming not done regularly) is probably not a big deal.

However, those who snort protein powder – even as a “one-time” joke might end up experiencing some side effects or adverse reactions to this behavior.

Included below is a list of some side effects and/or adverse reactions that might occur as a result of snorting protein powder. 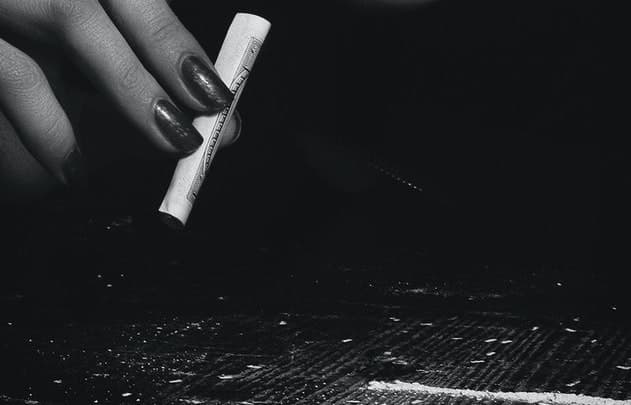 Coughing: It is common for individuals to cough more frequently after snorting any form of powder – including protein powder. Cough is a reflex that helps protect your airway and lungs against irritants (e.g. the protein you snorted).

Nasal blockage: Snorting protein powder will typically cause a transient nasal blockage. However, it’s possible that the powder interacting with moist mucosal membranes might clump up and harden – making it difficult to expel such that a professional nasal rinse is needed.

Inflammation (sinusitis): Inflammation can occur throughout the entire nasopharynx after snorting protein powder – but will likely be most prominent within the nasal cavity (sinuses). Degree of inflammation may depend upon the amount of protein snorted and specific ingredients.

Bloody nose (epistaxis): This is a very common reaction to snorting any form of powder. The particulates can irritate nasal mucosa and cause bleeding.

Burning and/or watery eyes: Burning sensations behind the eyes and/or watery eyes could be due to an allergic reaction to the powder – or just a complication of powder-induced irritation. If laryngopharyngeal reflux occurs – this could dry the eyes out and cause burning.

Dry nose: Some individuals may feel as though their nose is especially dried out after snorting protein powder. This is due to the fact that mucosal linings have been disturbed, damaged, and/or inflamed.

Sneezing: This is an innate defense mechanism that your body utilizes to prevent infection and improve breathing. When something enters your nose (e.g. protein powder, dust, pollen) – signals are sent by nasal cilia to part of your brain called the sneeze center. The sneeze center facilitates signals to generate a “sneeze” – and particles are cleared from the nasal and bronchial passages.

Mucus (booger) discoloration: The presence of protein powder within your nasal cavity might alter the texture, coloration, or general appearance of nasal mucus/boogers.

Burning sensation in the nose: It’s generally uncomfortable to snort protein powder – and likely will cause a burning or stinging sensation within the nose.

Throat tickling sensation: Powder may enter your throat after snorting your nose and generate a tickling or itchy sensation.

Infections: Snorting powder won’t directly cause an infection, but it might indirectly cause infection by interfering with normative mucociliary clearance mechanisms.  As a result, pathogens that your body normally expels from the nasopharynx and lungs end up proliferating to induce infectious disease.

Laryngopharyngeal reflux: This is a bit different from conventional gastroesophageal reflux in that the “reflux” episodes occur in the larynx/nasopharynx. As a result, someone might experience “globus sensation” (lump in throat) and postnasal drip, along with upper esophageal burning sensations.

Postnasal drip: Increased mucus production from the posterior portion of the nose could trigger postnasal drip.

Choking: After snorting protein powder, someone may experience a combination of coughing with brief choking episodes. Obviously if the choking is substantial – emergency medical care should be sought.

Difficulty breathing: This could be due to a variety of reasons: (1) presence of protein powder in the nose; (2) intranasal blockage; (3) allergic response; (4) inflammation; etc.

Sore throat: A combination of inflammation and particulates may irritate the throat and cause some degree of soreness.

Eustachian tube blockage & ear pain: The eustachian tubes could become transiently blocked by the protein powder than was snorted – and ear pain might occur as well. This is because particulates could circulate throughout the entire nasopharynx before elimination.

Nasal membrane damage: Snorting protein powder, especially if acidic, could inflict some degree of damage to the nasal membranes.

Immune alterations: Because protein powder is entering the nasal cavity (rather than the GI tract), the immune system may perceive this as an invading pathogen and create antibodies – which leads to “sensitization” and altered immune expression/function.

Hoarse voice & esophagitis: Would be more common from “dry scooping” protein powder than snorting – but could theoretically occur after snorting it as well.

Granulomatous reactions: It is known that snorting powdered substances can trigger granulomatous reactions in some individuals. This is a distinctive pattern of chronic inflammation characterized by nodular aggregation of inflammatory cells (mostly activated macrophages) which are transformed into epithelium-like cells.

Sleep problems (?): Due to difficulty breathing as a result of intranasal blockages. Essentially this can trigger transient sleep apnea or upper airway resistance syndrome until the powder is fully cleared and nasal inflammation subsides.

Note: This is not list of all possible complications. If you have any questions about snorting protein powder you should talk to a medical doctor.

What are the most serious risks of snorting protein powder?

The biggest risks associated with snorting protein powder (in my opinion) are discussed below. Keep in mind that I’ve yet to find any case reports of death from snorting whey – but it is a possibility (despite being very unlikely).

Death. This could occur via multiple mechanisms: (1) allergy & hypersensitivity reactions (e.g. anaphylaxis); (2) airway blockage (such as powder accumulating in the nose and throat area to impair breathing in anatomically at-risk persons). Anaphylaxis and loss of consciousness would be most common in someone with a severe allergy to the specific type of protein, the concentration of protein administered, or a specific component within the protein powder.

Adult-onset food allergy. Non-ingestion exposures such as via inhalation of whey protein particles from snorting protein powder could be a modality by which select individuals develop “adult-onset” cow milk/dairy allergy. In other words, whey protein may become allergenic to certain individuals doing this. (Even unintentionally inhaling small amounts of protein particles during the mixing of protein powder has been suggested by allergists as a potential cause of adult-onset food allergy. Essentially the body begins perceiving the proteins as invaders within the nasal cavity and creates antibodies such that subsequent ingestions trigger immune response.)

Infection. Delicate mucosal membranes within the nasal cavities function to protect us from pathogenic invaders.  However, when there’s a significant blockage (such as could happen after snorting protein powder) infection might occur due to: (1) impaired mucociliary clearance mechanisms; (2) inflammation; (3) accumulation of pathogens. This could lead to a wicked bacterial infection within the nasopharynx or lungs.

Autoimmune reaction or altered immunity (?): Atypical administration of foods (e.g. non-ingestion exposures) such as via insufflation (intranasal administration) of protein powder – could trigger an autoimmune response or alter immunity for some individuals. This might induce adult-onset dairy allergy or increase susceptibility to other allergies or infections.

Response: If any manages to enter your GI tract following the snort – then you might absorb negligible amount. Select other ingredients may penetrate the blood-brain-barrier if they’re capable. That said, this is not an efficient way to get your protein.

Response: Most likely will be fine. If any serious symptoms occur – consult a medical doctor.

Response: Makes sense. There was a debate in the comments of a Reddit thread whether the protein from protein powder actually reaches the brain.

Note: Not all substances are capable of crossing the blood-brain barrier. The molecule needs to have the appropriate physico-chemical characteristics to get through the nose and epithelial defenses and bypass the BBB. Unlikely you’re going to see a brain full of protein powder.

Included below are some variables that may affect outcomes and side effects associated with snorting protein powder.

Probably in rare cases. My guess is that most protein powder users have NEVER snorted protein powder.  There’s no benefit to doing this, it wastes protein powder, it’s uncomfortable, and may cause complications.

However, certain individuals with high “risk tolerance” may have: (1) contemplated snorting protein powder and/or (2) snorted protein powder – as a joke or for views, clicks, reactions, etc. – on social media platforms (e.g. Tik Tok).

Perhaps a very small percentage of individuals have snorted protein powder as some odd self-experiment (rather than for clout) – but I’d guess that most who’ve done it, did it for attention/clout.

Those who’ve snorted protein powder in the past probably didn’t have a pleasant experience – and probably would not do it again unless it got a significant amount of attention on social media (such that it earned money).

Some people just do dumb/random things – and there’s no major rhyme/reason behind it. I found a few videos on YouTube of people snorting protein powder and one genuine anecdote from a guy on Reddit who said he enjoys snorting a little bit of residue in addition to drinking the powder normally.

What to do if you’ve snorted protein powder…

Most people who snorted protein powder probably don’t do anything other than rinse their nose out after and are totally fine.  That said, not everyone who snorts protein powder has the same experience.

If you’re experiencing uncomfortable symptoms – it’s probably smart to consult a medical doctor for appropriate treatment.  If symptoms are indicative of an anaphylactic reaction – call 911 or seek emergency medical care.

Have you ever snorted protein powder?

Although most people will probably laugh at this article like WTF – you’ve gotta consider that the competition is fierce for annual Darwin Awards.

And in seriousness, there are certain individuals who: (1) don’t understand the risks and/or (2) want to gain clout – and will end up snorting protein powder.

Obviously snorting protein should be generally safer than doing the Tide Pod challenge – but neither are recommended.

If you’ve ever snorted protein powder, feel free to share your experience in the comments section below. (I’m open to hearing both real experiences & satirical experiences.)