Let me preface this article by saying that I am a fan of Cap’n Crunch Berries: Oops All Berries…

Although I rarely eat cereal anymore, back in December 2012, I was grocery shopping with my cousin (who I lived with at the time) – and fiending for some cereal.  While browsing the cereal aisle, it didn’t take long for me to make a decision…

My pick was Cap’n Crunch Oops All Berries… Thereafter, my cousin cosigned my decision and snagged a box of Oops All Berries for himself.  Immediately after grabbing a box, my cousin was like, “Dude, you know those (Cap’n Crunch Berries) turn your poop green right?”  My reaction to this hilarious question was a chuckle… I assumed he was cracking a joke – mostly because the cereal is so damn colorful. 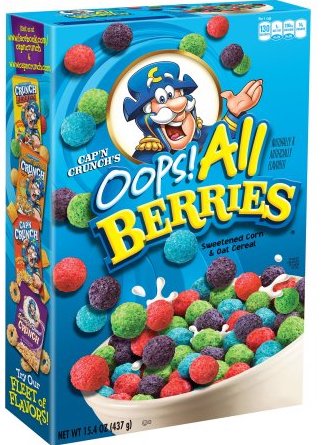 But dude was not playin. After hearing me laugh he says, “I’m serious dude – you will sh*t green”…  At this point I’m laughing even harder, nearly to the point of crying… I still thought he was joking around.  I called him out on the “joke” but he insisted that he wasn’t playin.

At this point I’m still laughing and am like WTF did you just say?!?! Haha.  I asked him how he knew that Cap’n Crunch Oops All Berries cause green sh*ts.  He explained that he had a highly reliable “source” for his information.

The source: His former co-worker.  Apparently while on shift (at a grocery store), his co-worker had to drop a deuce.  After examining this deuce, he reported back to his fellow co-workers that the deuce was discolored – it turned Hulk green.

This deuce report intrigued his co-workers, each of whom asked him what he ate.  The response: “Crunch Berries.”  Next, he and my cousin Googled the following “Crunch Berries” + “green poop”… and sure sh*t – they’d discover a myriad of anecdotes from others who experienced the green deuces after eating Crunch Berries.

After listening to my cousin’s story and Googling “Crunch Berries and Green Poop” for myself, I believed that it was possible for some people to deuce nuclear radiation green from the colorful cereal.  That said, I assumed that the Hulk deuces only occurred in a small percentage of Crunch Berries consumers… Moreover, I didn’t think that Crunch Berries would cause me to light up the toilet with an absinthe steamer.

That said, I can verify that I had my own green deuce experience for the first time ever after consuming Crunch Berries cereal.

The first few times I had eaten Crunch Berries, I either:

However, once my cousin suggested that I look out for the green deuce – I was on patrol.  On the day that I ate Crunch Berries cereal, I laid a healthy UPS brown deuce… Anyways, the next day I woke up and had to deuce.  I went to deuce, and I’ll be damned – the security deposit was an obvious Hulk green.

I was like WTF. Laughed some more, called the cousin to report the incident.  To make a long story short – I finally experienced the incredible hulk deuce thanks to Crunch Berries… and no I’m not going to provide evidence (nasty AF mane).

My GF: Skeptical of Green Poop from Crunch Berries

Fast-forward my life by 6-12 months and I’m out grocery shopping with my girlfriend who happens to like Crunch Berries cereal.  She grabs a box of Oops All Berries, I informed her that she would sh*t green… Her reaction was similar to my initial reaction (while cereal shopping with my cousin); she laughed and assumed I was joking.

She ate a bowl or two of Crunch Berries each day – and I continued asking whether it turned her sh*t green.  She reported no abnormal deuce coloring… and continued assuming that I was full of (green) sh*t with my claim that Crunch Berries cause green poop.  I told her that maybe she’s somehow immune to the green deuce effect…

Months would eventually pass and she mixed up her cereal lineup… No more Crunch Berries for a while.  Eventually she got around to buying another box of Crunch Berries.  As she eats a bowl, she jokingly asks: “Am I going to sh*t green?”  I responded with: “IDK. Maybe not.”

A couple days pass and… *drumroll*… she finally sh*ts green!!! Finally another believer in this (green) sh*t.  (Unfortunately there are still plenty of green poop skeptics out there).

There are a few reasons that Cappy Crizzy Unch a.k.a. Crunch Berries might transform your poop from a dull Starbucks coffee brown to a glowing hue of superhuman green.  I suspect that the color change is attributable to the artificial coloring additives within the Crunch Berries cereal (common sense).

Food coloring. Experts suggest that when foods like Crunch Berries with a lot of artificial colorings are consumed, the food coloring (or dye) isn’t always fully absorbed by the intestines during digestion.  The dye that isn’t absorbed ends up seeping into food material that’s sitting in the gut, transforming it into a green color before the stool is passed. 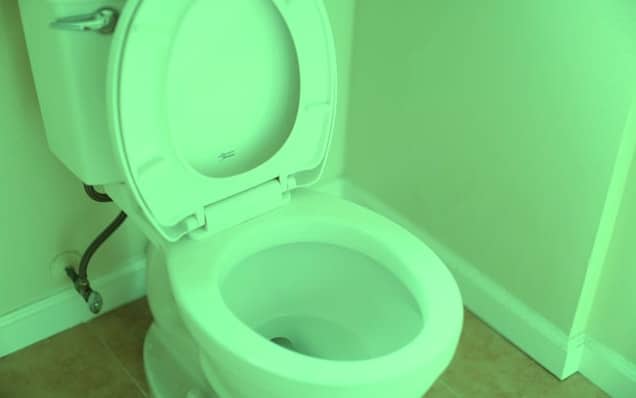 A combination of the artificial colorings in the green, blue, purple, and red Crunch Berries eventually mix with each other – as well as with yellow-green bile fluid present in your intestine.  This intermixing then transforms food material in your gut to an unnatural shade of seafoam green, thereby causing you to drop a green deuce.

Despite the fact that green poop is abnormal, it’s not usually something to worry about if it was caused by artificial colorings in food.  Experts suggest that it’s probably not bad for your digestive health.  Nonetheless, some speculate that regularly consuming foods that are high in artificial colorings may be bad for your long-term health (increasing risk of certain diseases).

Are other foods besides Crunch Berries associated with green poop?

Yes. There are plenty of other foods that, when consumed, may cause you to poop green.  That said, it is unclear as to whether they will generate the same shade of parakeet green as Crunch Berries.  From a simple Google search, I was able to determine that both: artificially-colored foods and plant-based foods cause green stools.

For all the skeptics of “green poop” from Crunch Berries

If you remain a “green poop” skeptic, perhaps you should try a self-experiment.

There’s a good chance that if you only eat Crunch Berries, your intestines won’t be able to absorb all of the dye and you’ll end up with the extra lit, absinthe colored Cleveland steamers.

Final note: If (for whatever reason) you want your poop to glow like Flubber, then eat Crunch Berries Cereal – it’ll do the trick.