My interest in cryptocurrency (particularly “Bitcoin”) emerged in 2016 and is amplified as of 2017.  I had initially heard about bitcoin back in 2014 in a conversation with my cousin who excitedly mentioned that his friend (an investor) earned approximately 6 figures investing in bitcoin.  Apparently my cousin’s friend invested a small chunk of change in bitcoin before most of the populace had become aware of its existence… and in 2014, he was thrilled to have cashed out with a decent profit.

At the time (back in 2015), even though I casually read about bitcoin and the mining of bitcoins, I really didn’t understand it.  It reminded me of some digital payment system straight out of a Nintendo video game – not real money.  Furthermore, the concept of bitcoin mining sounded too good to be true – plug in a piece of hardware to an electrical outlet, link it to the bitcoin system, and let it run a.k.a. “mine” coins without much effort on your part – [potentially] earning thousands of dollars per month. 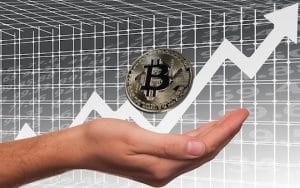 I would eventually learn that the foremost adopters of bitcoin and bitcoin miners were earning racks on racks on racks (stacks on top of stacks)… in layman’s terms – a lot of f*cking money.  To me, bitcoin seemed akin to some sort of digital gold rush.  While bitcoin intrigued me back in 2015, my skepticism of the cryptocurrency remained high – I assumed it was some sort of a transient tech fad.  Additionally, I didn’t have much time to research bitcoin and/or whether it might be an intelligent investment.

As of 2017 I’m still not convinced that bitcoin is the future of money, however, I am well-aware of its present-day popularity and global momentum.  Heck, had my cousin’s investor friend retained all of his bitcoins that he cashed out in 2014/2015, he would’ve likely ended up with millions instead of “six figures.”  To put things in perspective, if you had invested $1000 in bitcoin back in 2010, you could’ve cashed out for $35,000,000 as of May 2017 – pretty crazy, eh? (Too bad we can’t travel back in time and throw a few grand at dat der BTC).

While many people are now saying “damn I wish I would’ve invested ‘X’ (amount) in bitcoin” back in 2010” – it’s possible that people may still be saying “I wish I would’ve invested in bitcoin back in 2017, 2018, 2019, and 2020.”  Purchasing a few bitcoins now may net you massive profits over the next decade.  At the exact time of writing this article, a single bitcoin is valued just below $4000.

In fact, many people are still extremely bullish when it comes to investing in bitcoin – one of whom is a Harvard researcher named Dennis Porto.  Crazily enough, Dennis Porto believes that bitcoin may end up following Moore’s law – ultimately leading a single bitcoin to be valued $100,000 by February 2021.  Why does Dennis Porto suspect that bitcoin may continue to follow Moore’s law?  Observation of its growth over time.

Since early 2009, the value of bitcoin has increased exponentially.  Simply put, bitcoin has been the top performing asset and currency throughout the entire world for approximately the past 8 years.  If bitcoin continues to grow exponentially similarly to Moore’s law, it should be worth approximately $100,000 by February 2021 – making some investors filthy rich(er).

In case you aren’t familiar with Moore’s law, I’ll provide a brief synopsis below.  (If you need more information, read a Wiki article or something).

Moore’s law: This law is an observation (by Intel co-founder Gordon Moore) that the number of transistors per square inch on an integrated circuit doubles every year.  Though this should probably be referred to as “Moore’s observation” (as opposed to “law”) [because it’s not a guarantee], it demonstrates that computer chip technology consistently exhibited exponential growth since its inception.

As of September 2017, below are the chief thoughts shared with the public from Dennis Porto regarding bitcoin.

Nobody should blindly assume that bitcoin is a utopian investment and will reach $100,000 by 2021.  We must think critically whenever reading headlines that entice us to invest in bitcoin and/or other cryptocurrencies.  I’m going to share my thoughts below.

Bitcoin: Is bitcoin really the future of cryptocurrency?  From what I’ve gathered, bitcoin is currently the most likely crypto to survive future setbacks.  Then again, some believe bitcoin could be phased out in favor of some other cryptocurrency such as ethereum – or a federally-created crypto.

Dennis Porto: What should we make of his opinion?  He’s a Harvard graduate with a medical degree who invests in (and researches) cryptocurrency.  Just because he has a degree from Harvard does not make Dennis Porto an omniscient prophet.  His hypothesis that that the value of a bitcoin will continue to grow exponentially over the next decade may be grossly inaccurate.

While unlikely, some may suspect that Porto’s chief motive behind sharing his opinion of bitcoin [with media outlets] is to generate extra mainstream bitcoin hype, thus driving up the number of bitcoin investors, and ultimately, the value of bitcoin.  (I personally don’t think this is his motive, but it should be mentioned as a possibility).

Because I’m relatively new to crypto, I’d like to hear some predictions from you (assuming you read this far) – regardless of whether you’re a bitcoin enthusiast or skeptic.

Personally I still perceive bitcoin as a risky investment – even after reading countless expert opinions.  However, I believe that the growth of bitcoin could certainly continue to follow Moore’s law for several more years – similarly to what Porto articulated.  Nonetheless, because I continue reading that bitcoin may be in a “bubble” (one that will inevitably pop), I’m not completely sold.

If I were forced to make a prediction regarding the value of bitcoin in 2021, I’d guess that a single bitcoin will be worth more than $10K but less than $100K – I remain dubious of Moore’s law-esque growth.  Although I still don’t fully understand bitcoin or cryptocurrency, I’m doing my best to learn about it.  (I will not even attempt to act like I’m some sort of expert).

At the time of writing this article, I have zero dollars invested in bitcoin and other cryptocurrencies.  However, I’m considering a purchase (and “HODL”) of one bitcoin as an experiment just to see how much it grows in the future.  If bitcoin were to reach a really high value such as $100,000 per coin by 2021 – I could cash out with a fat profit of $96,000 (from my initial investment).

On the other hand, even if bitcoin hits rock bottom and tanks completely to zero, I’ll only be out around $4,000 – which isn’t THAT bad.  There’s also the possibility that the value of bitcoin will only fluctuate by a small amount (from present day) leaving me with a relatively modest gain or loss.  I guess if this website is still around in 2021 – we’ll be able to verify the accuracy of Porto’s “prediction.”