Each day I scroll through Google News and Reddit feeds for the latest information in the world of bitcoin, ethereum, and alt coins.  Today I learned that Fidelity Investments, a major financial company [said to be managing $3 to $7 trillion], has been seriously dabbling in the world of cryptocurrencies.  Those who closely follow Fidelity are likely aware that the company continues to exhibit increased crypto-friendliness.

Recently, the CEO of Fidelity Investments (Abigail Johnson) attended a conference known as “Consensus” (2017) where she discussed Bitcoin, cryptocurrency, and blockchain technology.  At this conference, Johnson highlighted ways in which Fidelity is relating to and interacting with the enigmatic world of crypto.  What may have surprised attendees and/or those listening to her speech was the fact that Johnson mentioned Fidelity’s involvement in the mining of cryptocurrencies such as Bitcoin and Ethereum.

A report published exclusively by Quartz Media contained a few quotes from the Fidelity CEO regarding bitcoin and cryptocurrency that are worth documenting: 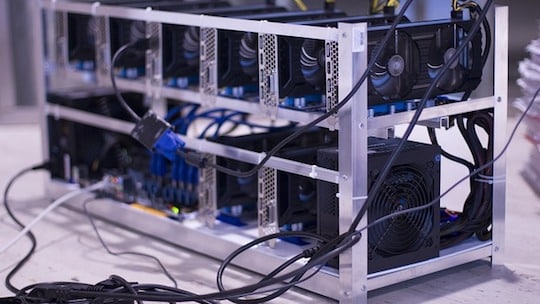 Fidelity Investments & Bitcoin: What Is Known

Below are a few things we know about Fidelity Investments’ involvement in the financial realm of cryptocurrency.  If you have any additional information that you’d like added to this list – mention it in the comments.

To sum it up, Fidelity is a massive financial firm that has taken a strong stance in support of cryptocurrencies like Bitcoin and Ethereum – as well as blockchain technology.  One would speculate that if Bitcoin and/or other cryptocurrencies continue to grow, Fidelity will reap significant benefit – they seem ahead of the curve.

Why is Fidelity Investments involved in cryptocurrency?

There are numerous reasons as to why Fidelity would embrace the cryptocurrency market.  Perhaps the biggest reason they’d want to get involved is because they don’t want to get left in the proverbial [cyber] – (or perhaps crypto) – dust.  If Bitcoin and/or Ethereum continue to thrive, Fidelity stands to reap significant benefit – perhaps far more benefit than competitors who are late adopters.

Other reasons Fidelity got involved in crypto include: demand (from customers), potential profits (via mining), unique selling point (other investment companies may not have crypto monitoring options).

I have a few final thoughts in regards to Fidelity’s involvement in crypto.

What are your thoughts regarding Fidelity branching out into cryptocurrency territory?

Do you suspect that other large-scale investment companies have engineered profitable cryptocurrency mining operations?  If so, how much do you think each of these companies has earned to date solely from mining?  In short, some may perceive this news of Fidelity’s stance on cryptocurrencies (e.g. Bitcoin) as a telltale sign that crypto will remain here for the long-haul.

Others may perceive the implementation of crypto-monitoring services as an early step en route to mass Bitcoin adoption.  Fidelity clearly endorses Bitcoin and crypto… will we begin seeing other major finance companies following suit?  Only time will tell.