Not that I check Tinder often – randomly login (a few times per month) to see who matches me and don’t usually chat.

But was surprised to see that the conversation completely disappeared (ego liquidated – JK).

After quickly reviewing my matches, the gal who initiated this erased conversation was still in my matches..

This led me to investigate and Google: “tinder conversation disappeared but still matched.”

Unfortunately, most search results were complete garbage, suggesting: “she unmatched you dude just accept it” (LOL) – failing to explain why this occurred.

This led me to brainstorm and hypothesize what I think may have happened… keep in mind that my guesses might be completely incorrect here.

Also understand that what may have happened in my Tinder situation might not apply to yours.

Key detail (case): This match “jumped” on my match bubble/circle order from 10+ matches back (further right) to one of my newest 3 matches – but the carousel did not say she was a “new match” (with one of those red dots) – so I know it wasn’t a re-match.

Another detail: Her profile bio had been altered… completely different than the first time I’d read it.

Investigation update: I asked my match if she paused her account (she claimed she didn’t even know this was possible) and asked if her conversations erased, etc. (they didn’t).

So what happened here? My guesses are below.

The most likely explanation for this weird occurrence is that there was a glitch either: (1) within Tinder OR (2) from my phone while using Tinder.

Why is this the most likely explanation?

Because I pretty much ruled out the possibility of her pausing, modifying, or deleting her account by asking her if the initial messages erased for her.

They did not and she read them back verbatim to verify no erasure from her end.

That said, they were pretty easy messages to remember but I doubt she’d have remembered everything perfectly several days later.

Initially I suspected the likelihood of a glitch or “bug” was low.

Why? Because this has never happened to me before and I’ve been using Tinder off-and-on for approximately 4 years.

Although Tinder frequently crashes on my iPhone (likely due to the fact that I’m using an old iPhone 7 and Tinder is probably a memory-intensive app), I’ve never experienced this phenomenon (convo gone, initial match date intact, match moving up in carousel, match not new).

Another reason I didn’t think a glitch or “bug” on my end caused this issue is because NONE of my other matches and associated conversations were altered.

(Logically I’d assume that multiple conversations would be affected here but it was only one).

However, after my full investigation, glitch/bug on my end turned out to be the answer.

Various Reddit threads dating over 5 years back suggest that glitches and “bugs” associated with Tinder are common and many users report erased conversations without losing the matches associated with those convos.

I should also note that one Reddit thread mentioned “Android software updates” (e.g. OS, apps, etc.) caused losses of Tinder conversations without match losses; I was initially thinking she may have had Android updates and glitches ensued from her end.

The real culprit was that a glitch occurred only on my Tinder with the conversation remaining completely intact on hers.

However, my iPhone 7 frequently crashes (due to planned obsolescence, thanks Apple) and I regularly (~1-2 times per week) need to “reset network settings” for apps to function without crashing.

Are there any software updates that I need to download and install?

Often times failing to update the OS and apps can cause glitches and crashes, etc.  However, I’m all updated with my OS and apps.

Tinder commonly crashes, freezes, and runs extremely slowly on my phone – probably explaining why I was prone to this random glitch.

Also, I generally rapidly swipe right on many profiles so perhaps loading all my new matches simultaneously triggered some sort of a Tinder app crash.

Initially I thought my match paused or modified her account in some capacity, resulting in conversation disappearance without affecting match status. 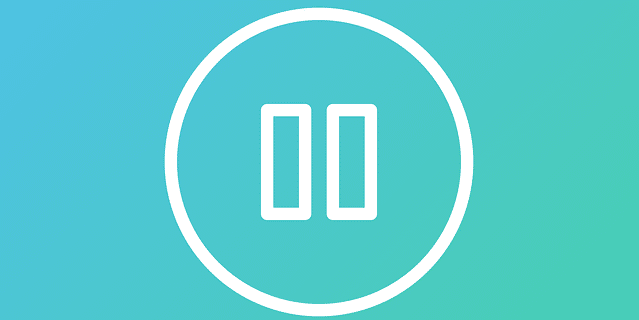 I’d assumed this probably affected all of her conversations (not just with me) – wherein guys she matched noticed conversations erased – yet they remained matched to her.

I’ve personally never paused or deactivated my Tinder account to determine whether it might cause conversation glitches.

Pausing allows you to chat with existing matches without being shown in discovery (not sure how “pause my account” differs from “show me on Tinder” – another option in profile settings).

Nevertheless, I thought this could’ve explained why her profile disappeared then reappeared in my match bubbles (top of Tinder) without it being labeled a new match and the old match date remaining timestamped when she reinitiated the conversation.

In a Reddit discussion about this issue, user TillieTillie555 stated:

“This seems to happen when I pause and then unpause my account within a short period of time. I get a ton of messages from guys I matched with months ago. Kinda awkward. I didn’t unmatch, reswipe, or block any of them but it’s like we never talked.”

However, TillieTillie555 was responding to a thread about matches disappearing then reappearing as “new matches” which is not the same as what I’d experienced.

I also had suspected that my match might’ve deleted her Tinder profile or account, then had a change of heart and somehow reactivated her account before all data was erased (e.g. matches, messages, etc.).

I thought there might be some sort of holding period following initiation of an account deletion such that matches and messages remain for 1-3 days before all data is completely purged.

Many social media apps have a “holding period” following account deletion because the creators of these apps know many people will regret the deletion – such that they end up reactivating their account 24-72 hours later and are thankful their data isn’t gone.

I hypothesized that my match might’ve deleted her profile then had a change of heart a day later (or something) and reactivated her account and it worked such that: her matches remained but messages/conversation history was erased.

All that said, I now know that my match did NOT pause or delete her account.  So in my situation this hypothetical was not the explanation.

Moreover, because I’ve never deleted my Tinder account, I’m not sure if there’s even an account holding period (like described) wherein nothing is erased until 1-3 days pass following initiation of the deletion. Perhaps Tinder immediately wipes all account data after someone deletes their account.

Furthermore, she did NOT appear as a “new match” wherein the match circle on top within the app had a red dot – she was technically an old match but randomly jumped to within the first 3 bubbles on my matches (ahead of most new matches).

Keep in mind that a Tinder conversation disappearing then reappearing is most likely due to: (1) a glitch in Tinder (if it occurs on both phones); (2) a glitch on one person’s phone (if it only occurs on one phone); or (3) someone deactivating/pausing their account then reactivating.

If a match disappears and the conversation disappears – you were unmatched from that person (common sense).

If they show up back in the swipe card stack and you match again, perhaps they accidentally unmatched you and are trying to rematch or they deleted their account and made a new one.

How do I know she didn’t unmatch and then rematch me?

Firstly, if she wanted to unmatch me, why rematch with me like a week later? Seems really odd.

Even if that occurred, why would my Tinder say she was an old match (no new red dot signifying new match)… hint: it wouldn’t.

Eventually she responded to the last thing I asked with: “I’m sorry I haven’t replied, I forgot to check this app. How are you?” (This was a few days after my last message).

Moreover, at the top of our conversation, Tinder had a timestamp of the date we matched (which was the date the old conversation was started) – hence high likelihood of a glitch.

Have you ever had a Tinder conversation disappear while still matched?

Was your situation similar to mine?

Maybe if enough people answer these questions we can get to the bottom of this occurrence.

Because there isn’t a very good explanation anywhere online for this phenomenon, I figured I’d document my investigation and hypotheses on this website.

Most responses in threads continue repeating: “your match unmatched you obviously then rematched” (which does happen, but not in this case – and might not be what happened to many others asking for advice).

If it’s a rematch: (1) you’ll have swiped right on the person again (which didn’t happen for me); (2) see a red dot on your match’s circle (noting a new match); and (3) the timestamped date at the top of your conversation will change to reflect the newest date of matching.