What effect does caffeine have on OCD? It likely depends on the specific person with OCD.

Not everyone with OCD or a predisposition to OCD will respond identically to caffeine.

This is because individuals differ in gene expression, brain morphology, neurochemistry, hormones, and general physiology (influencing OCD and responses to caffeine). 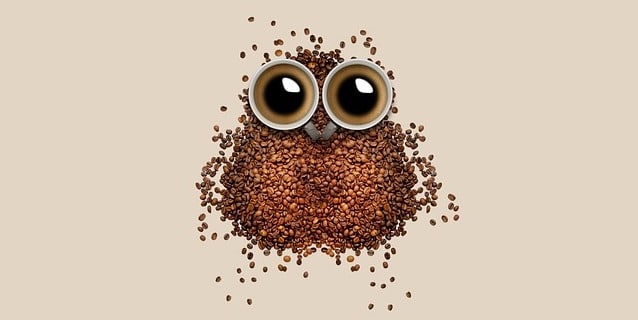 There are probably additional differences that could influence caffeine’s effect on OCD (including but not limited to):

Considering the totality of individual variables – it would be foolish to assume that everyone with OCD or a predisposition to OCD will react similarly to caffeine.

For this reason, we can assume that caffeine will do one of 3 things (regarding OCD):

Included below are studies examining the effect(s) of caffeine on OCD.

Takeaway: Caffeine (up to 300 mg/day) seems to benefit a subset of persons with severe OCD.

But First, Coffee: The Roles of Arousal and Inhibition in the Resistance of Compulsive Cleansing in Individuals with High Contamination Fears (2020) (R)

Takeaway: Increased arousal (such as from caffeine consumption) enables better resistance to compulsive behavior and reduces distress triggered by disgust.

Authors go as far as to suggest that “arousal should be considered a new treatment target” by psychopharmacological and psychotherapy scientists.

Takeaway: Caffeine appeared effective as an adjunct treatment for OCD (when added to an SSRI/SNRI).

“It is possible that the reduction in OCD symptoms after chronic high-dose caffeine treatment in OCD patients might not occur in other OCD patient subgroups.”

(They’re acknowledging that there are different OCD subtypes influence by genes; neurochemistry/physiology; etc.).

“Metabolism could play a role in retaining caffeine in the system and thereby prolonging its effects.  Thus, the difference in metabolic profiles of the HA strains could lead to different levels of caffeine and our observed effects.”

(Acknowledging that metabolism disparities among mice may have influenced reactions to the caffeine).

The authors further acknowledge that mice may differ in neurochemistry/genes such that caffeine tolerance onset and/or neurochemical-related changes (resulting from caffeine intake) could differ and might explain some differences between the HA strains in reactions to caffeine.

One potentially massive flaw: Though I’m not sure if the authors did this – but ideally the “chronic” caffeine consumption group would’ve received an injection at an identical time (rather than caffeine in the drinking water).

Why? Caffeine consumed throughout the day in small doses (via drinking water) does NOT have the same effect as a caffeine bolus.

Furthermore, if the mice were drinking the water at all times of day – it may have disrupted their circadian rhythms and sleep significantly more than an acute bolus at a predictable time. 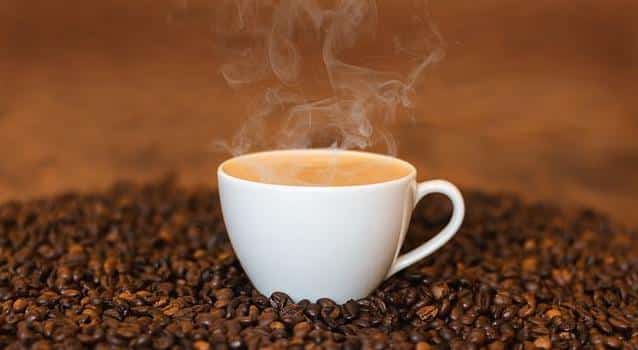 How caffeine might help some individuals with OCD (Mechanism)

When administered as a “bolus” of 300 mg all at once, it is thought that caffeine triggers a spike of methylxanthine in the brain.

Methylxanthine promotes dopamine and serotonin release – which would explain why some individuals probably get relief from rapidly pounding a large dose of caffeine (such as from a 300 mg NoDoz pill). (R)

Keep in mind, casually sipping tea or coffee will not generate this same effect.  Individuals who want OCD relief will want to take a large dose all at once (preferably in pill form).

Dr. Koran said, “I encourage you to try this: Caffeine bolus for people who have not responded to say two (treatment) trials. It’s simple. It’s safe. It’s quick.  You know within 3 days, 5 days, and it lasts.”

If you have OCD and have never tried caffeine as a treatment – it may be something worth considering (as caffeine is generally safe for most people with few side effects).

At the very least – it’s going to make OCD and/or anxiety a bit worse for a few days.

Obviously don’t go overboard with dosing and verify with a medical doctor that caffeine is safe for you (given health status and/or medication regimen).

Ideally you’ll want to be on no medications to know whether caffeine has any effect on OCD – but you could try adding it to an SSRI/SNRI (if a medical doctor says it’s safe).

Experiment: Administer caffeine bolus (up to 300 mg) – preferably in pill format in the morning (immediately after waking) for several days and/or weeks.

(If at any point you experience significant worsening of symptoms, concerning side effects, or health problems – stop the experiment and contact a medical doctor).

Tip: Administer the caffeine bolus as early in the morning as possible to avoid disrupting your circadian rhythm.  Adjust the dosage if 300 mg seems too high.

It’s probably better to start with a high dose (for the bigger methylxanthine spike in the brain).

Calibrate the dosing to fit your individual needs (based on genetically-mediated caffeine metabolism, neurochemistry, etc.).

Do NOT administer a toxic dose of caffeine over the safe threshold (talk to your doctor if you don’t know what this is).

If you: (1) experience insomnia from the caffeine and (2) the insomnia worsens your OCD – you’ll either want to discontinue the experiment OR try lower dose earlier in the morning (if possible).

You could also try gradually sipping your caffeine (such as in the form of coffee) over an extended timeframe (e.g. 7AM to 10AM) to determine whether this has any effect.

However, the studies utilized a bolus (pill) – so that’s what’s recommended.

How does caffeine affect my OCD?

In general, the greater my intake of caffeine – the worse my OCD symptoms become.

Without caffeine (at baseline), my OCD is relatively minimal (and most of the time almost nonexistent).

If I consume a large quantity of caffeine (such as from a Monster, Reign, or Bang energy drink) – I am prone to racing obsessive/compulsive thoughts.

Though I don’t always develop awful OCD from caffeine, I often do when the dose is large enough (e.g. 80-300 mg).

Although I’m actually more productive and detail-oriented when I think (while under the influence of caffeine), the OCD can get annoying.

After my work, I’ll get urges to:

What about my genes? I’m actually a rapid caffeine metabolizer, however, I do use some supplements during the day (NAC; Alpha-Lipoic Acid; Taurine; Multivitamin; Ubiquinol; Vitamin C; Garlic extract).

I haven’t noticed any interaction between caffeine and the supplements I use – but I must acknowledge that these substances could influence caffeine’s impact on (1) metabolism and/or (2) neurochemistry/physiology.

Even without supplements, I still notice that caffeine increases my OCD in dose-dependent manner.

I haven’t gone over 350 mg of caffeine per day – but my reactions are consistent (more caffeine = stronger OCD).

The other variable that compounds OCD following caffeine intake is insomnia and trashed sleep (caffeine is proven to decrease both sleep quality/quantity – even 16 hours after consumption).

When I drink caffeine, I tend to have much poorer sleep quality (even when it’s consumed early in the morning) – relative to zero caffeine.

So caffeine causes OCD and impaired sleep quality/quantity – which in turn worsens OCD and general anxiety.

Mitigation strategies to lessen the impact of caffeine on OCD and sleep include: lower dose; hard exercise; drinking caffeine as early as possible; hydrating well (to expedite caffeine clearance); sedating agents (to offset the stimulatory effect of caffeine).

Related: How to Counteract Caffeine

How does caffeine affect your OCD?

If you have OCD or are predisposed to OCD-like symptoms, how are you affected by caffeine?

Though I may not keep comments open forever, I’m interested in hearing from other people with OCD or OCD-like tendencies regarding the impact of caffeine.

Keep in mind that your gene expression and other variables (supplement/drug/medication use) could be playing a role here.

Next post: How to Neutralize Capsaicin on Skin: Charizard Burns